Interlude in Arizona By: Leslie Zemeckis

Interlude in Arizona
It is always interesting to me what doesn’t make it into a final cut of a book/manuscript/movie. I love doing research for all my projects and finding the by-the-ways, the additional stories, the minutia that sometimes ultimately does not fit with the final story.

This “interlude” I found interesting but was ultimately cut (rightly so) from the final of Feuding Fan Dancers. Give it a read. See what you think. 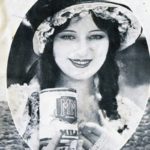 The quiet of the warm summer night was shattered by two gunshots. It was evening in Phoenix when the actor walked onto the porch of the rooming house where his ex-girlfriend had fled.

Described as “a night club hoofer with a Nijinsky complex,” Irving LaZarr was tall, dark and had been a former partner of Sally Rand’s, before she flew northwards to more fame than he would ever see.

His new dance partner Donna Park was two years younger, ballet trained and a vaudevillian. She wasn’t as ambitious or as talented as her partner and had tired of the road trips and the tawdry clubs they were booked in. She wanted marriage and babies.

When they met in a Chicago nightclub she thought it was love when she looked into his eyes. She began to plan their wedding, begging for babies. She soon realized she’d been merely lonely, a naive young girl who knew little of the world. They were separated by the road. She wrote him a Dear John letter. She didn’t want to marry him. He claimed to go “nuts.”

He wallowed in despair. Perhaps losing another dance partner was the final straw. Perhaps he really did love her. He started drinking whiskey heavily.

She found a man she did want to marry. Irving begged her to meet and they sat for hours talking on the porch of her rooming house as dusk fell. He again begged her to marry him. She refused.

They remained outside until almost dawn. He wouldn’t leave. He was never going to leave and took out an automatic pistol. He shot her then turned the gun on himself.

In death his hand was on her golden curls, a final caress.

So moved was Sally (how easily their fate could have been hers) she paid for her former partner’s burial.