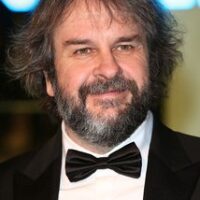 Peter Jackson is best known as a director for his adaptation of J.R.R. Tolkien's Lord of the Rings trilogy, which won 11 Oscars. Following the success of Bad Taste, in 1989 Jackson made a raunchy puppet film called Meet the Feebles that critics alternatively found repulsive and hilarious; it developed a devoted cult following. In 1993, he released his first professional live action film, Braindead (released as Dead Alive in the United States), which won considerable acclaim among horror movie aficionados, despite being one of the goriest films ever made.

Jackson broke out into decidedly different territory as the screenwriter and director of the 1994 film Heavenly Creatures, a disturbing dramatization of a famous New Zealand matricide case from the 1950s. Starring a then-unknown actress named Kate Winslet, Heavenly Creatures earned Jackson an Academy Award nomination for Best Screenplay.